Our last camping trip started with a stop to XPCamper in Grass Valley for a few minor upgrades. My camper was the second production camper built. There were a few minor refinements after the first few campers and there were some options the previous owner didn’t have installed. This short post documents three items I had installed, a new rear shade/screen, a 1000 watt inverter and AC outlets, and LED awning lights.

The original rear shade Marc used was a roll up vinyl shade that was a real pain to get to operate consistently. It was the single most frustrating item on the camper. It would work sometimes but other times it would get so frustrating I was almost ready to just rip it out and hang some curtains. Marc’s crew was able to grind the opening and install the upgraded pleated model. (All campers now come with this upgrade and modified window opening to accommodate its slightly deeper frame.) It works much better and much more consistently than the roll up version. It tends to catch on the camper seal when lowering the camper but its easy enough to give it a little push to get it past then lower the camper completely. 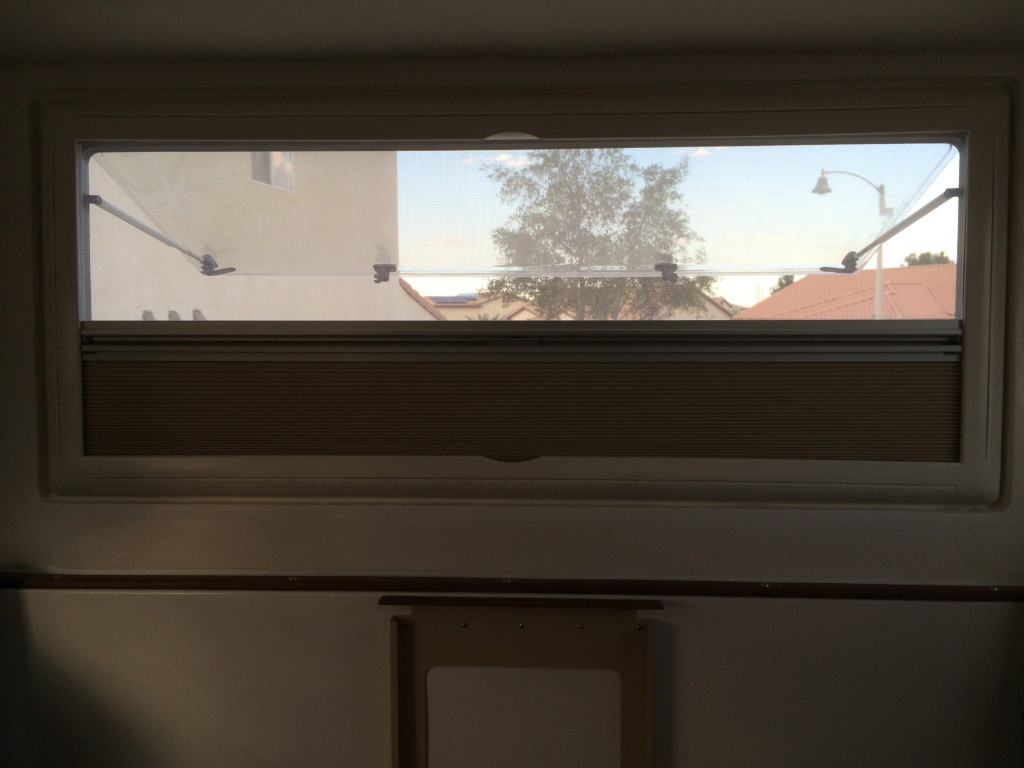 I also had them install a 1000 watt inverter for AC power. Although we don’t plan on using it much, it’s a nice luxury to have for a blender or laptop or whatever. It fits in the electrical compartment and works on breakers in the camper like the rest of the electrical system. They installed an AC outlet near the bed, under the dinette table, and in the main outside rear storage compartment. 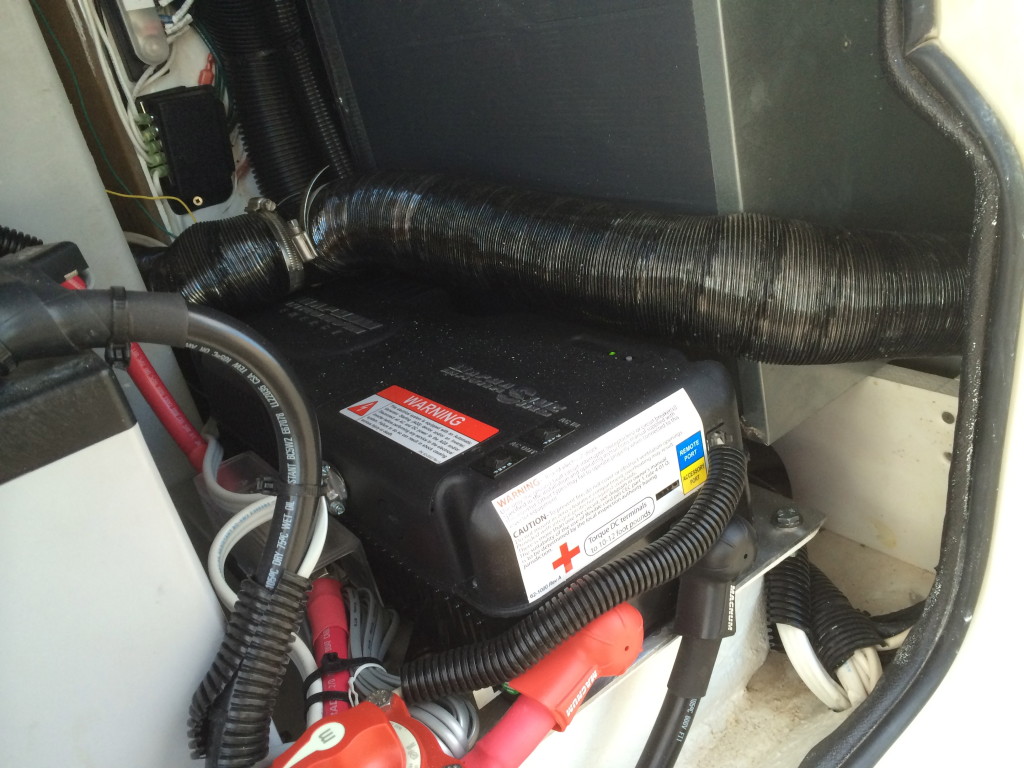 Last, I had them install awning lights. These lights are on both underneath sections of the awning. The awning can be opened to spread the lights out as far as you’d like. They can be dimmed, cycling through about 10-15 different brightness levels. Lastly, they even have a strobe mode which seems odd at first, but I’ve read that bears are frightened by strobe lights. I hope to never need that feature but if I do, I hope that’s true! 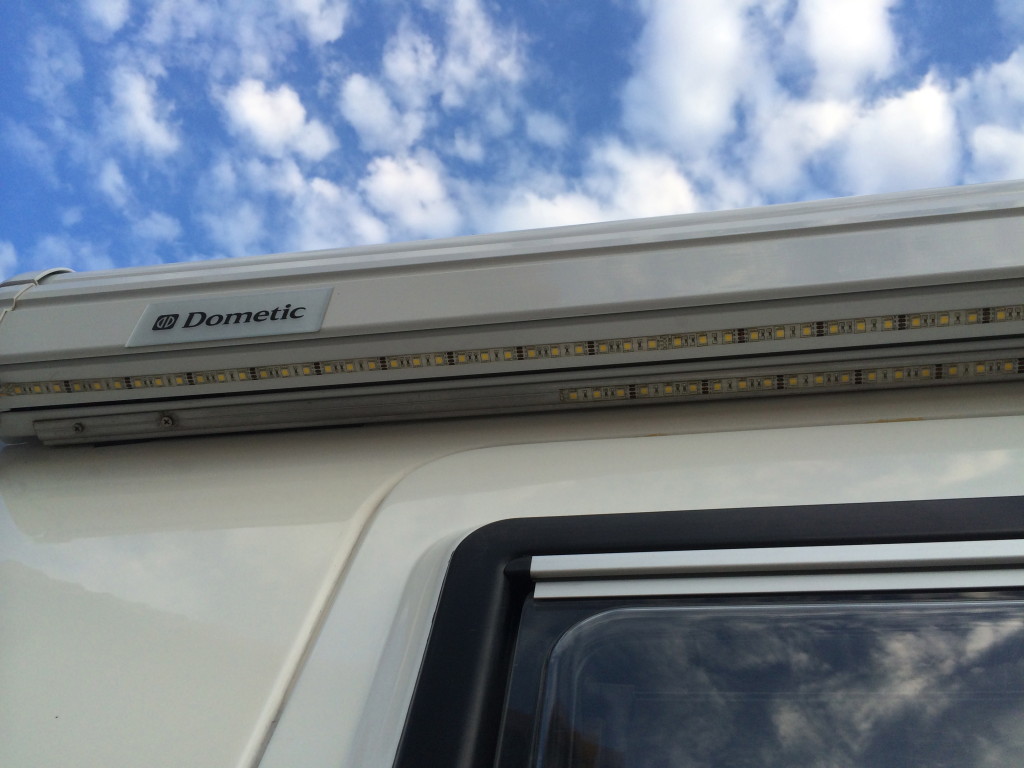 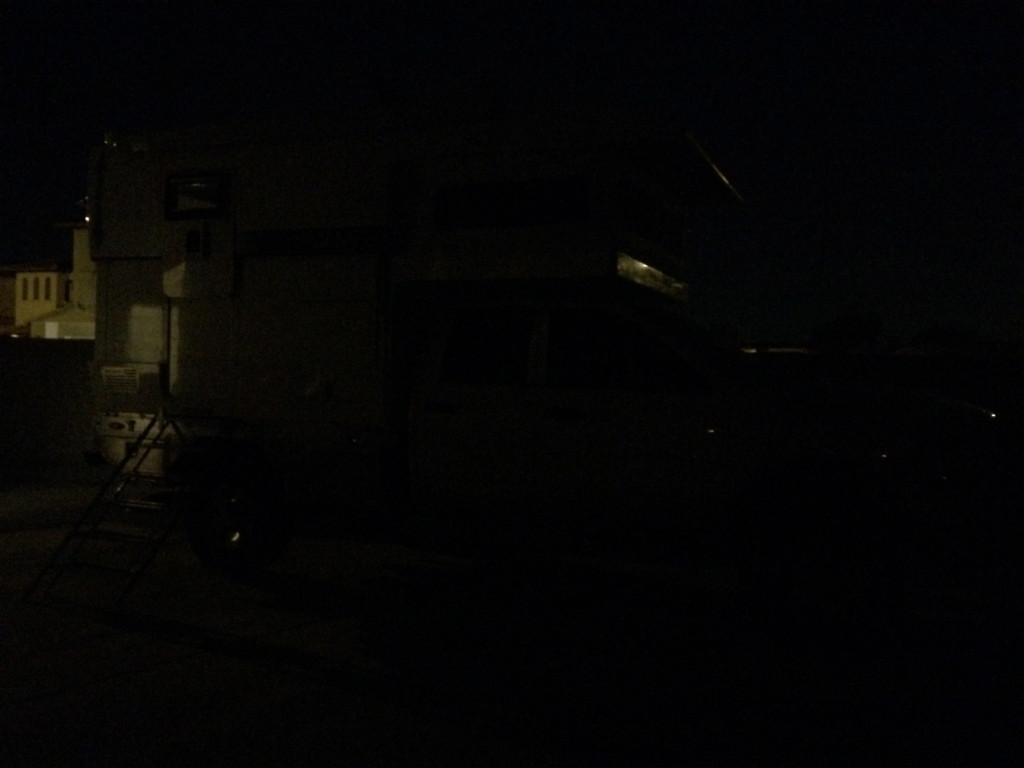 truck with awning lights off 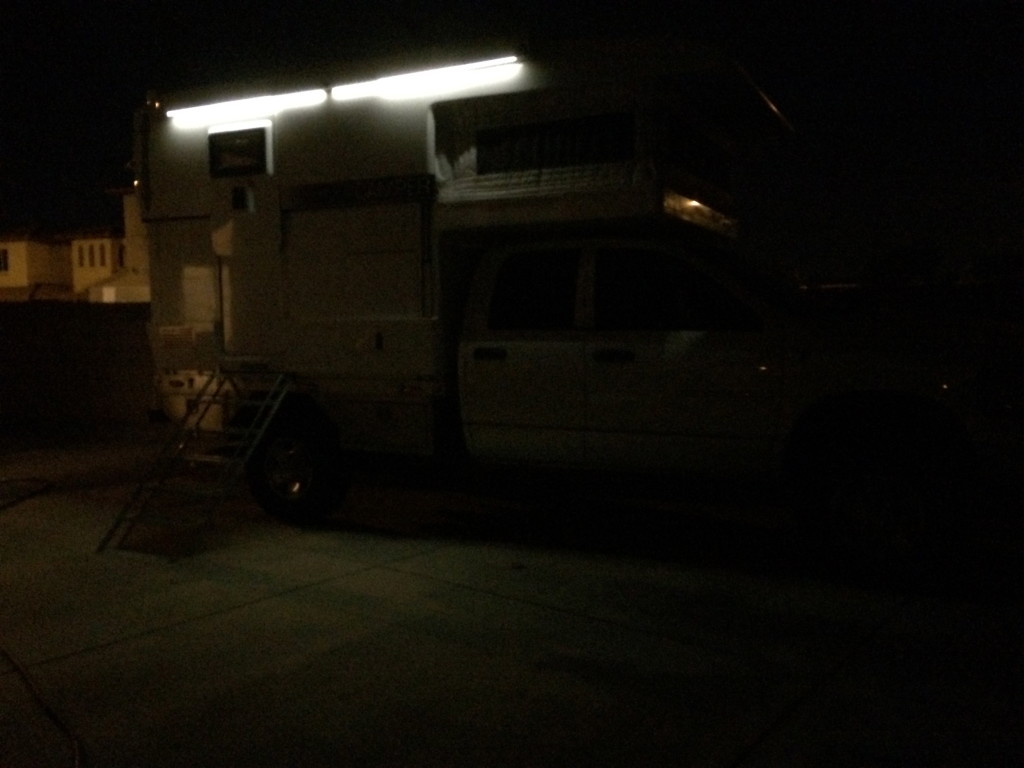 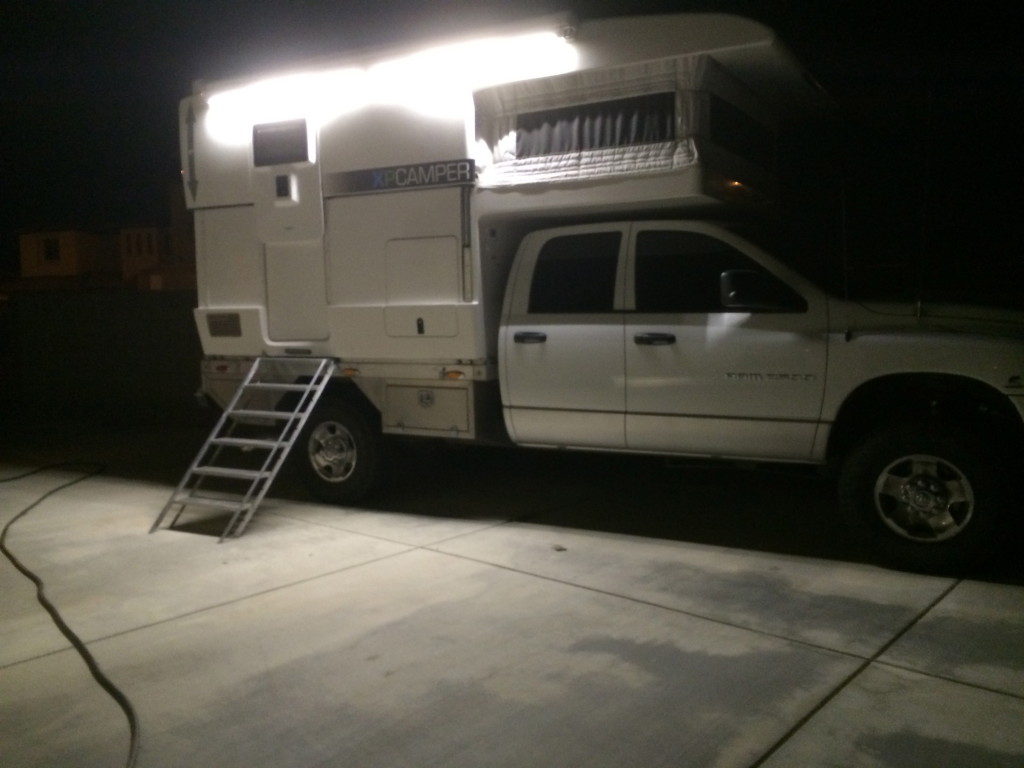