Most of our trips involve adventures of our own making but this year we celebrated our 25th Wedding Anniversary and decided to take the trip of a lifetime, Costa Rica. We booked all land travel and tourism through Anywhere Costa Rica. Entirely through their website, you indicate what types of things you’d like to do and they work with you to develop an itenarary that suits your needs. They book all hotels, tours, and ground transportation. We went back and forth at least a dozen times until the trip met our needs perfectly. Ultimately, we were there for ten days, spending three nights in each of three locales, Monteverde, La Fortuna, and Tortuguero, ending with one night near the airport. This post will cover our time in Monteverde, minus the Selvatura nature park which will get its own post.

Monteverde is a beautiful cloud forest, over 4600 feet in elevation. The area is a series of small towns that are somewhat cutoff from a lot of tourism due to the roads. The drive to get there involves hours of rough, rough dirt roads. Free Costa Rican massage, all-inclusive, the drivers are quick to point out with a laugh. About half way between San Jose and Monteverde, our driver suddenly stopped in the middle of the road and got out to point out howler monkeys to us. Although the flight was a long redeye, and the scenery had been great, seeing the monkeys really let us know we were not in California anymore. I was even able to get them to respond to my own “howls”. 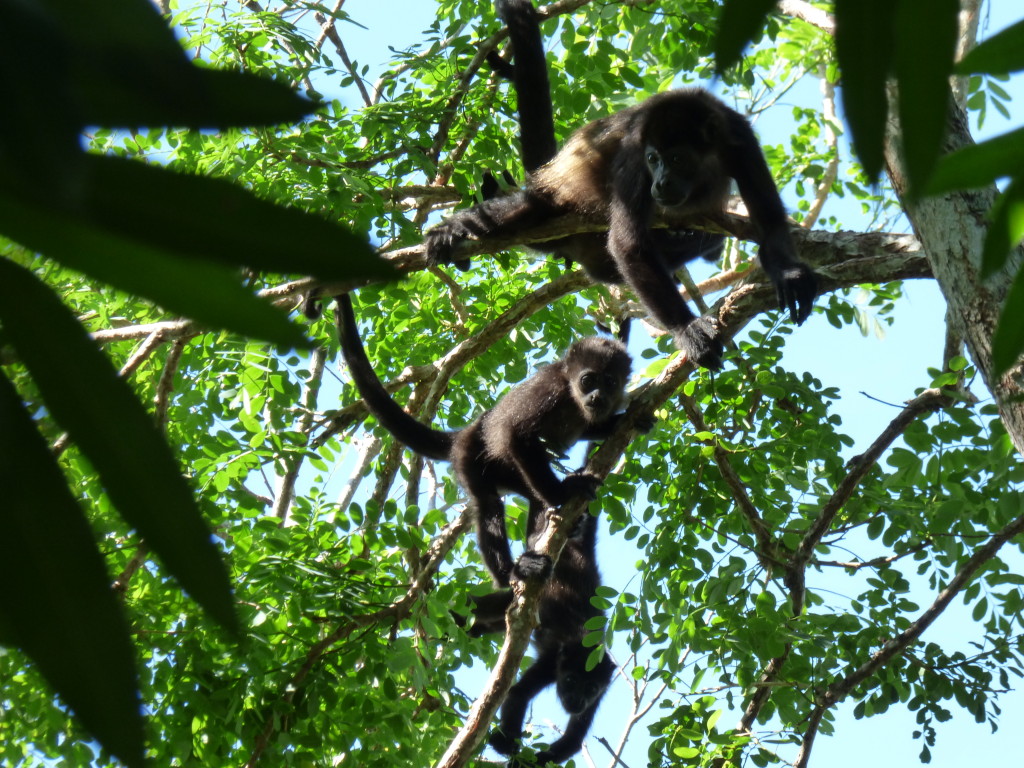 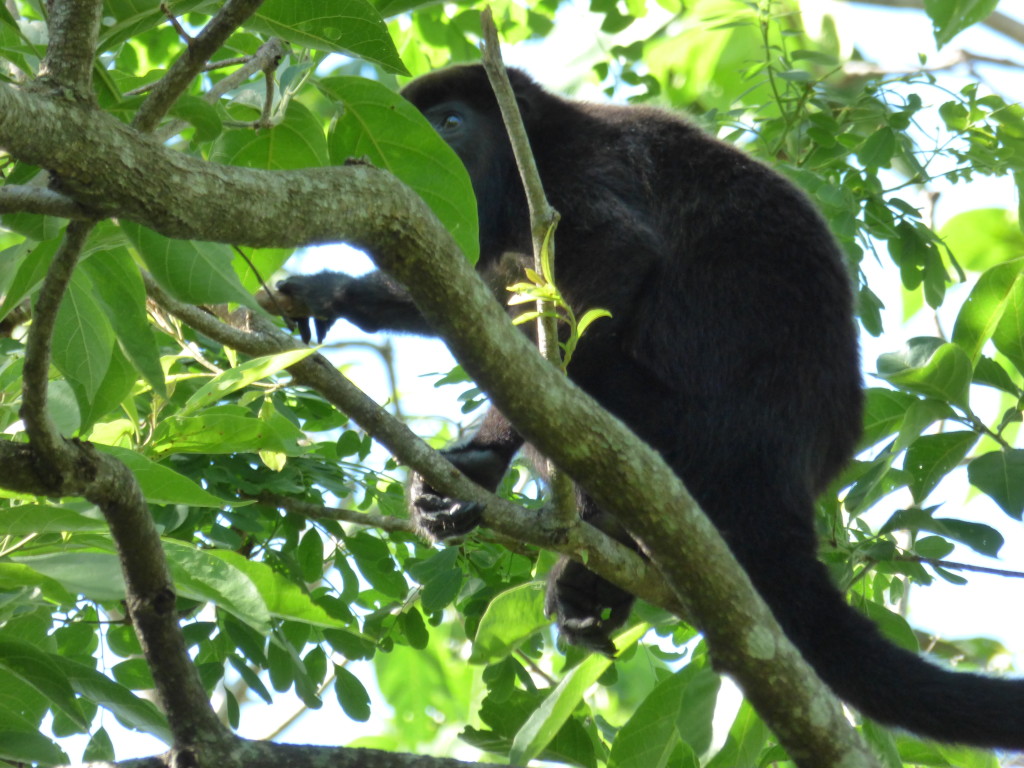 howler monkey hiding in the trees 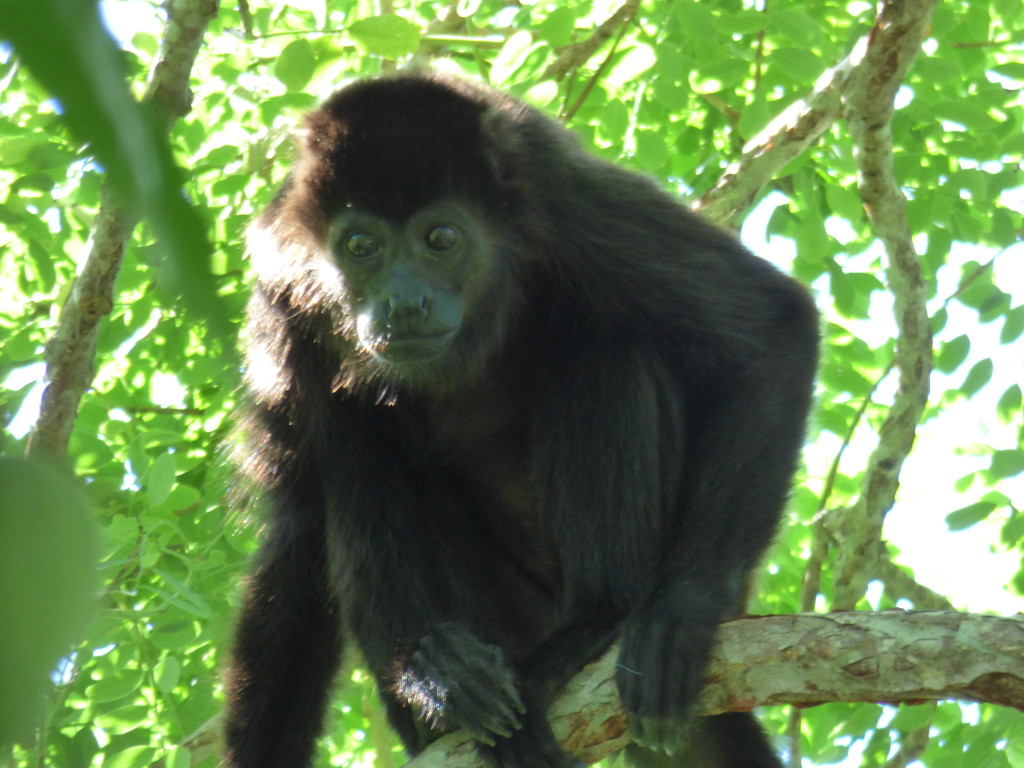 We stayed a little outside of town at Hotel Fonda Vela. It was a nice place to relax, had a great restaurant and gracious staff, and had its own hiking trail through the forest. We explored this trail several times during our stay and discovered many animals and insects. 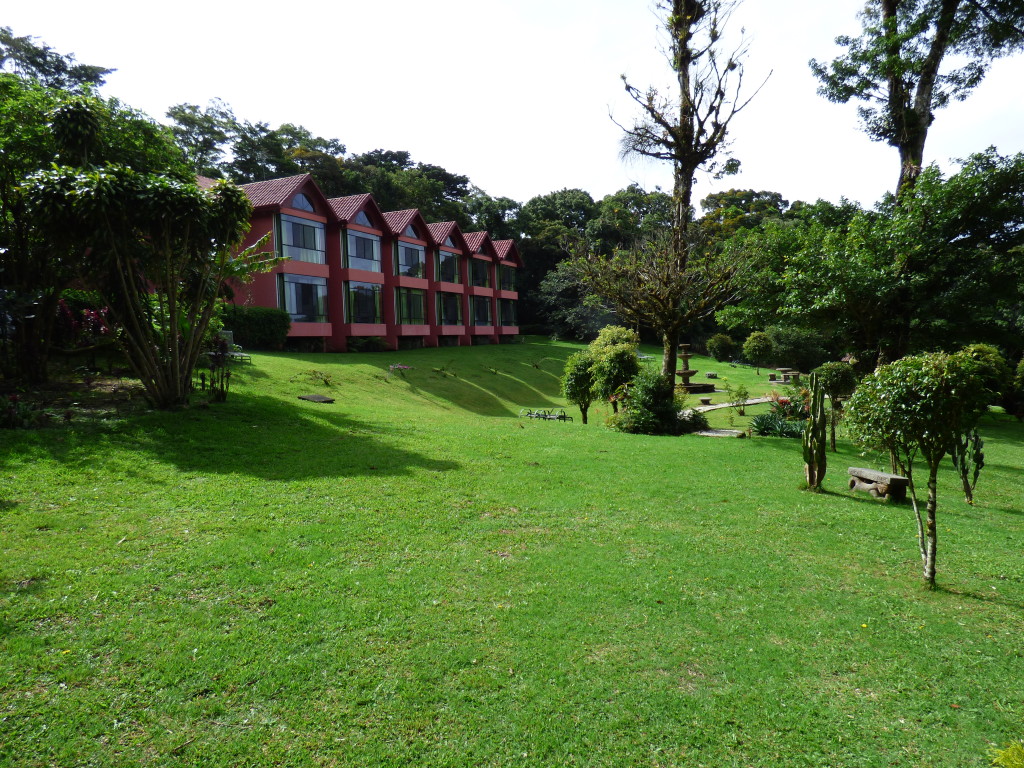 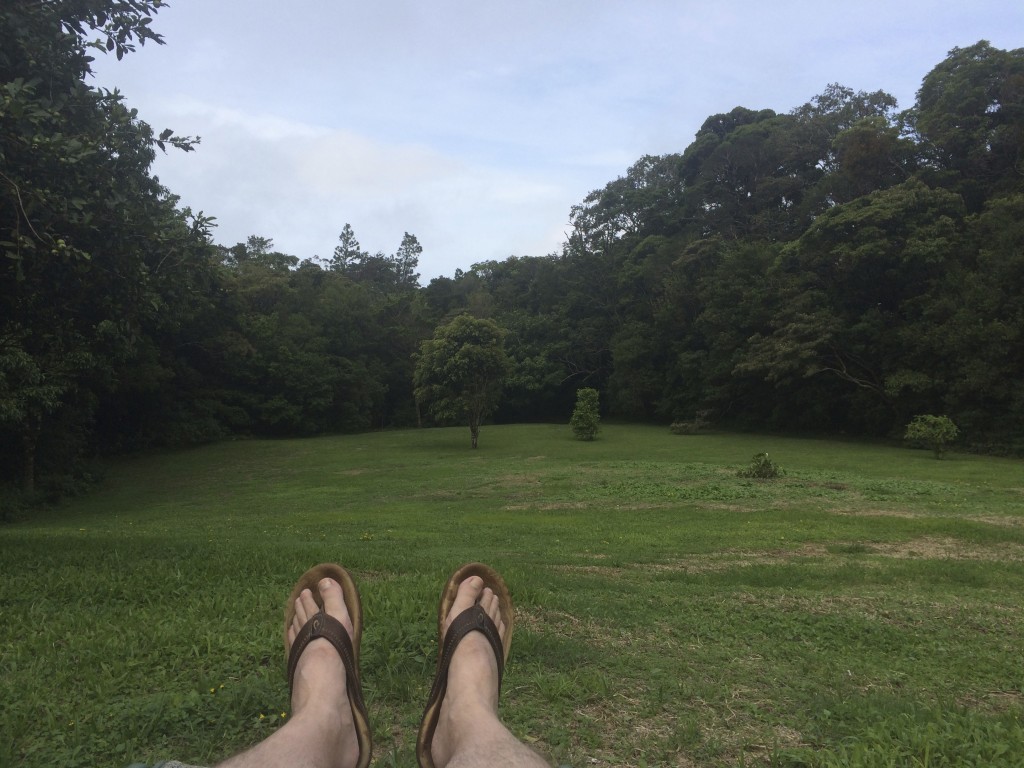 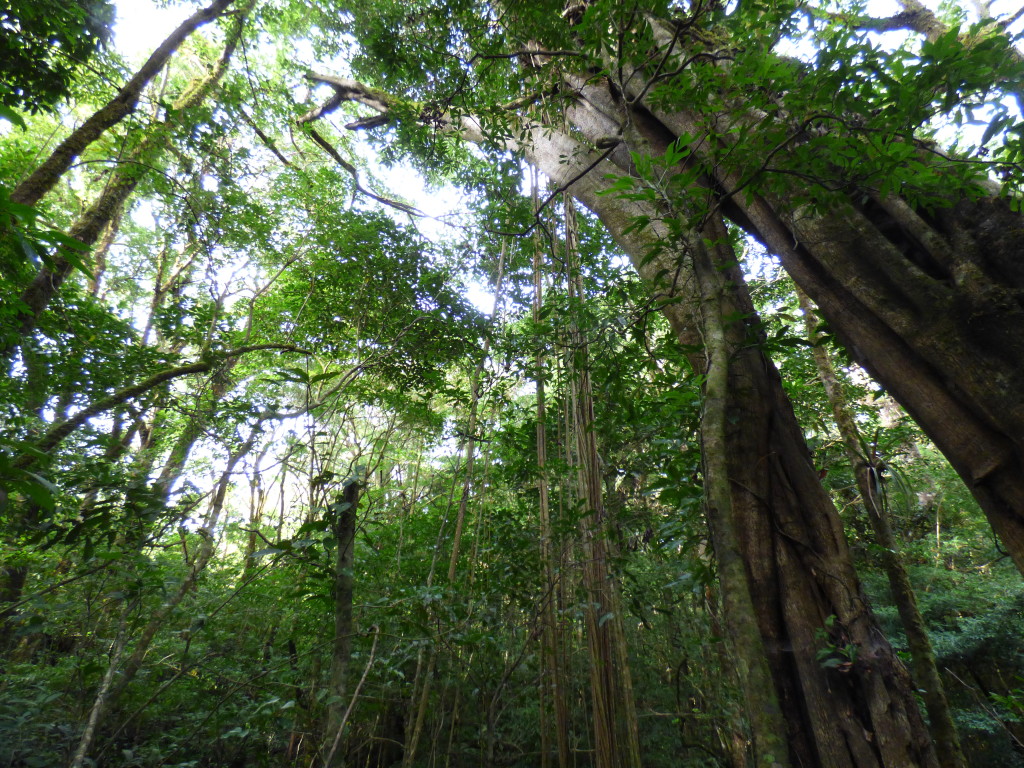 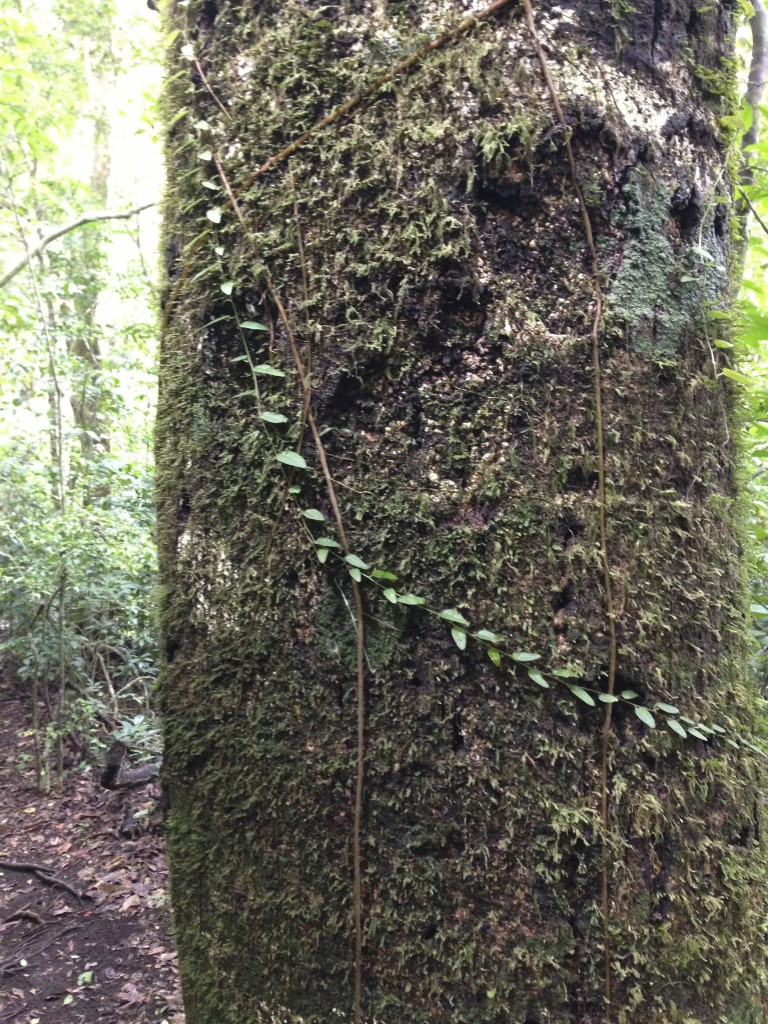 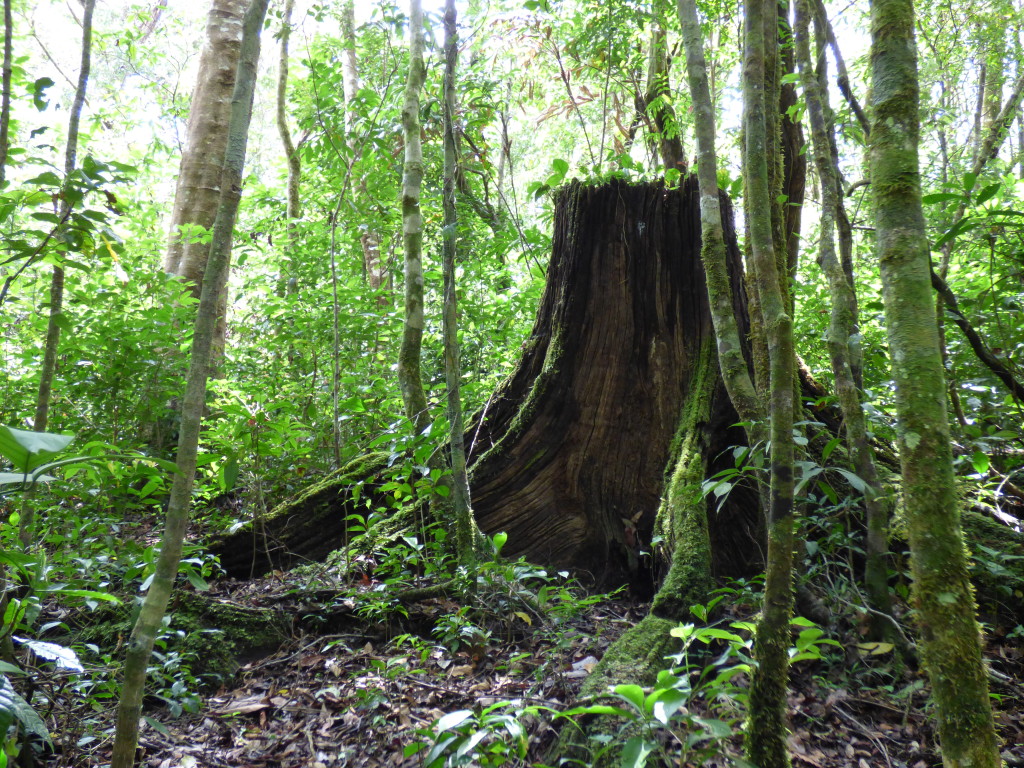 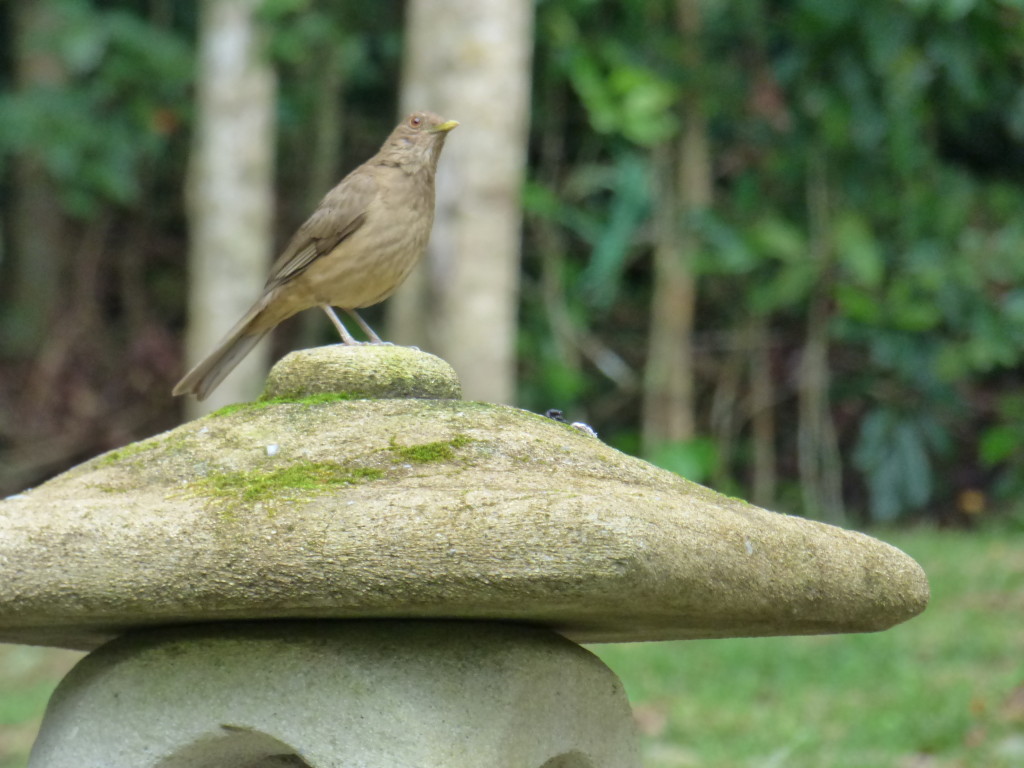 brown robin, national bird of Costa Rica, known for its many songs 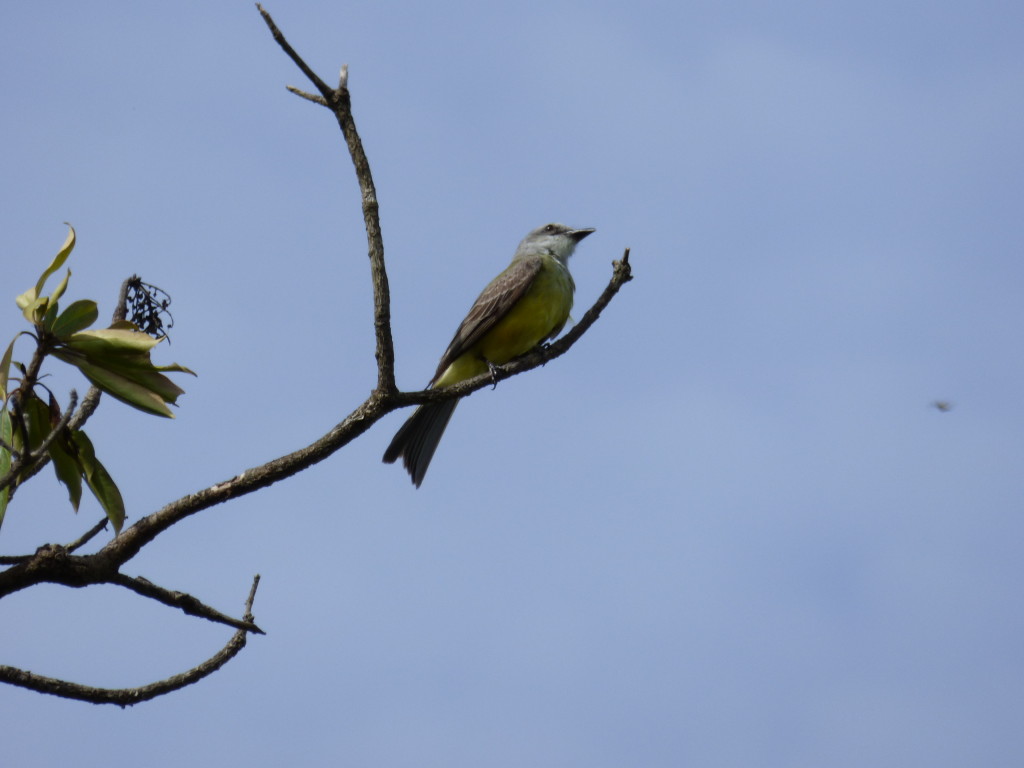 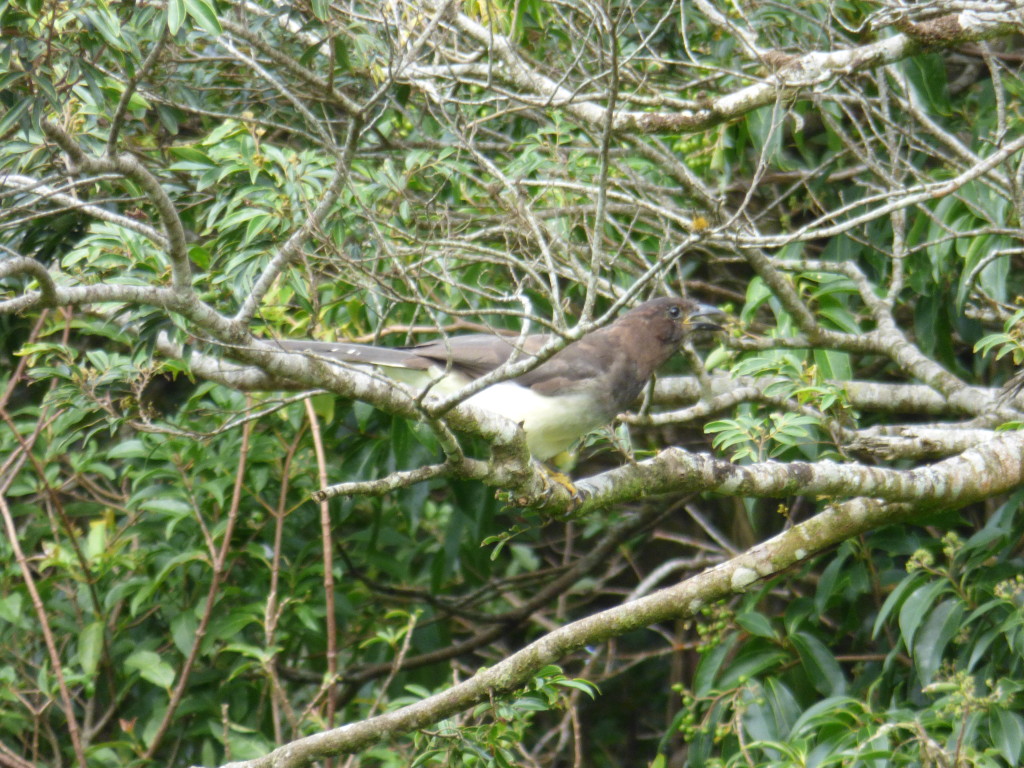 brown jays are just like blue jays in the states, they announce your presence to everything 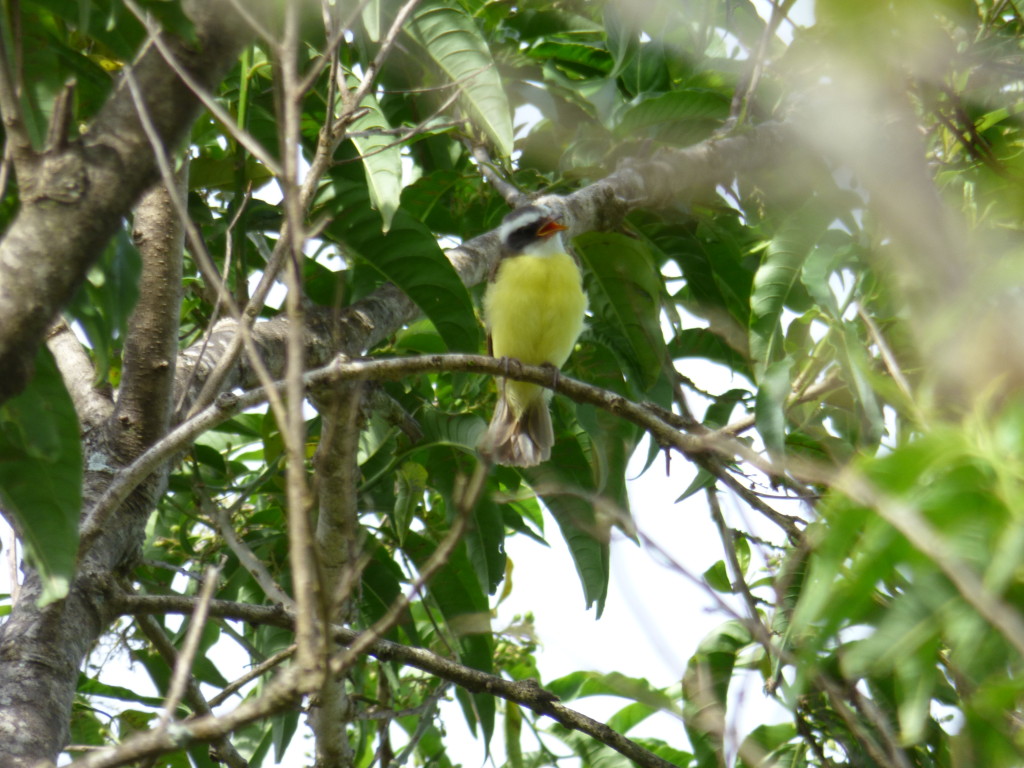 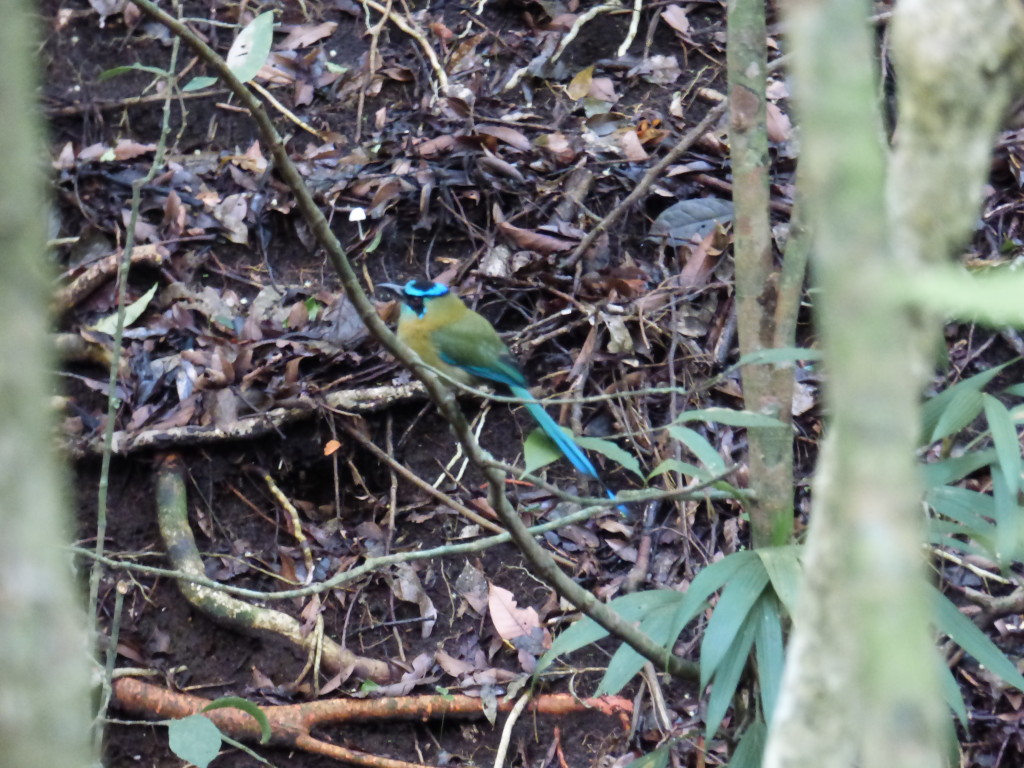 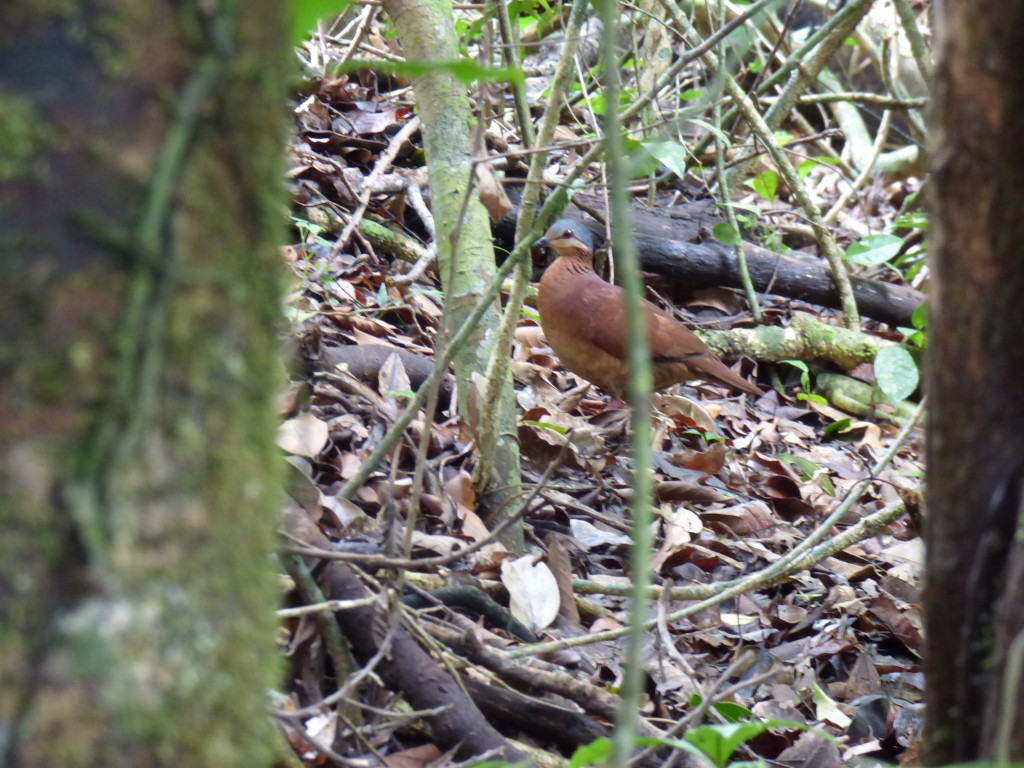 We also encountered leaf-cutter ants on the hiking trail and were fascinated by their productivity. Some seemed to be hitching a ride but as the leaf tumbled over, they took over the carrying duties and it just kept moving.

We booked a night hike which was entertaining and we saw a few different creatures. Had we had it to do over agin, we’d probably just explore the forest trail near the hotel at night as each time we hiked it, we got a different experience. 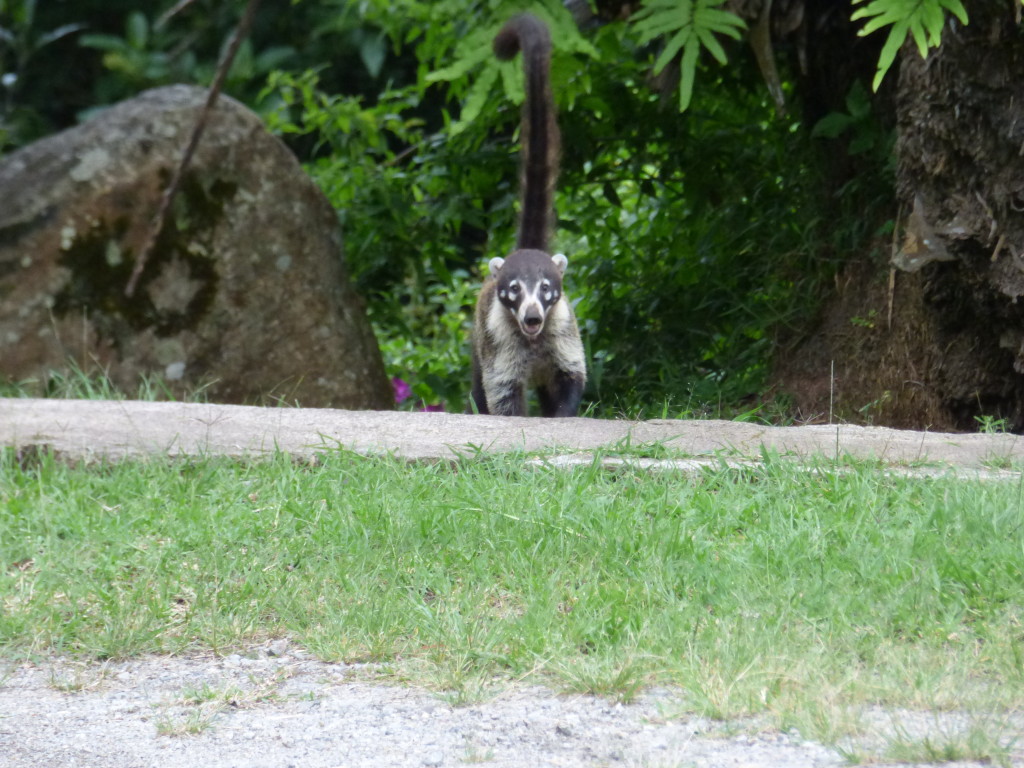 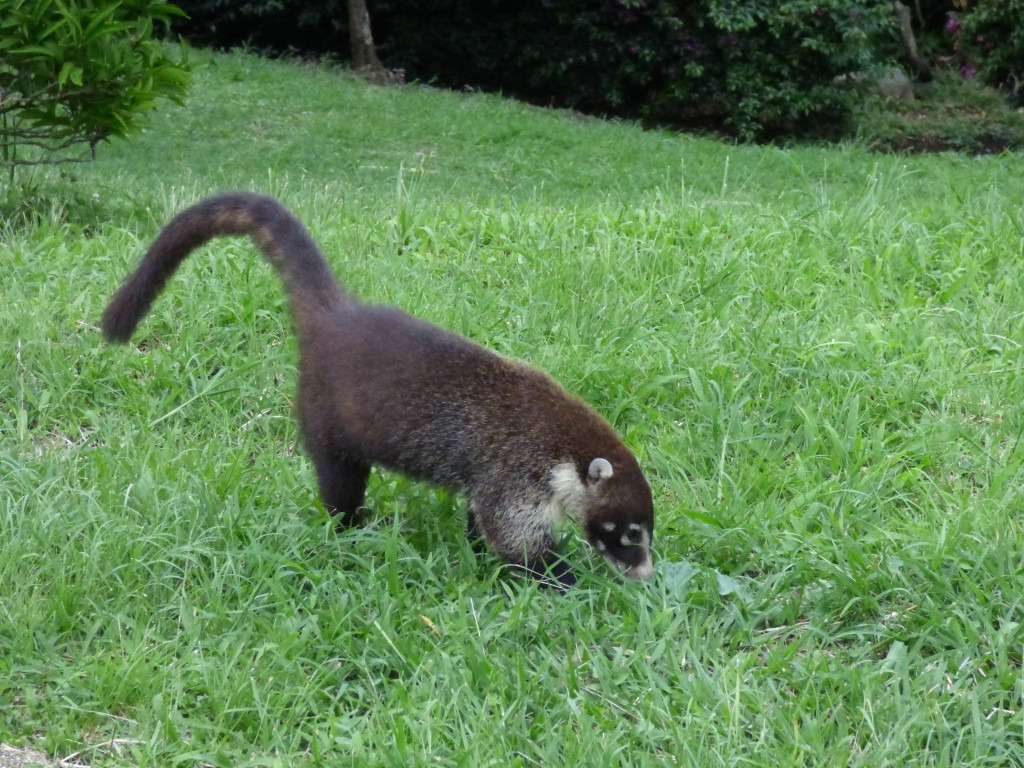 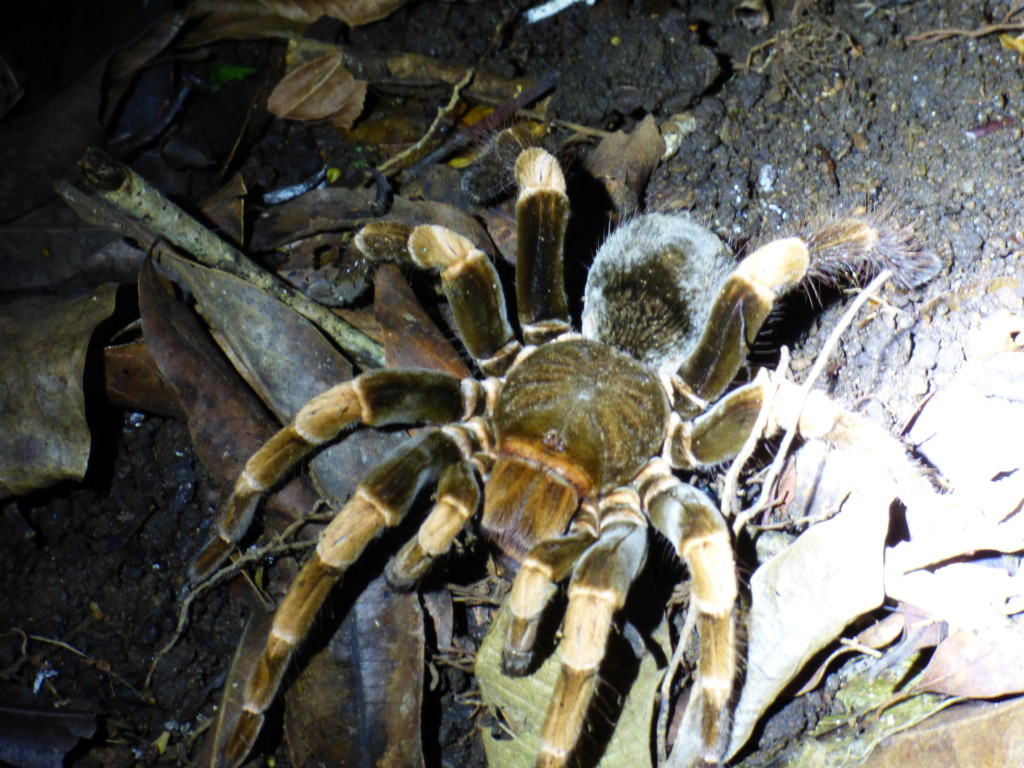 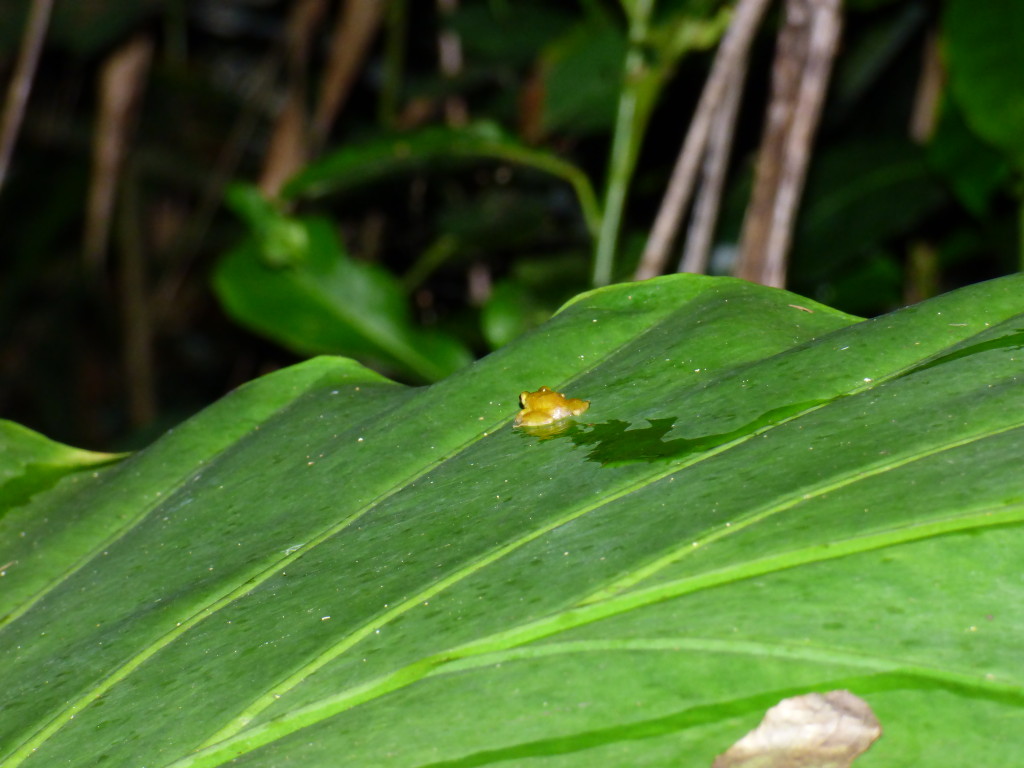 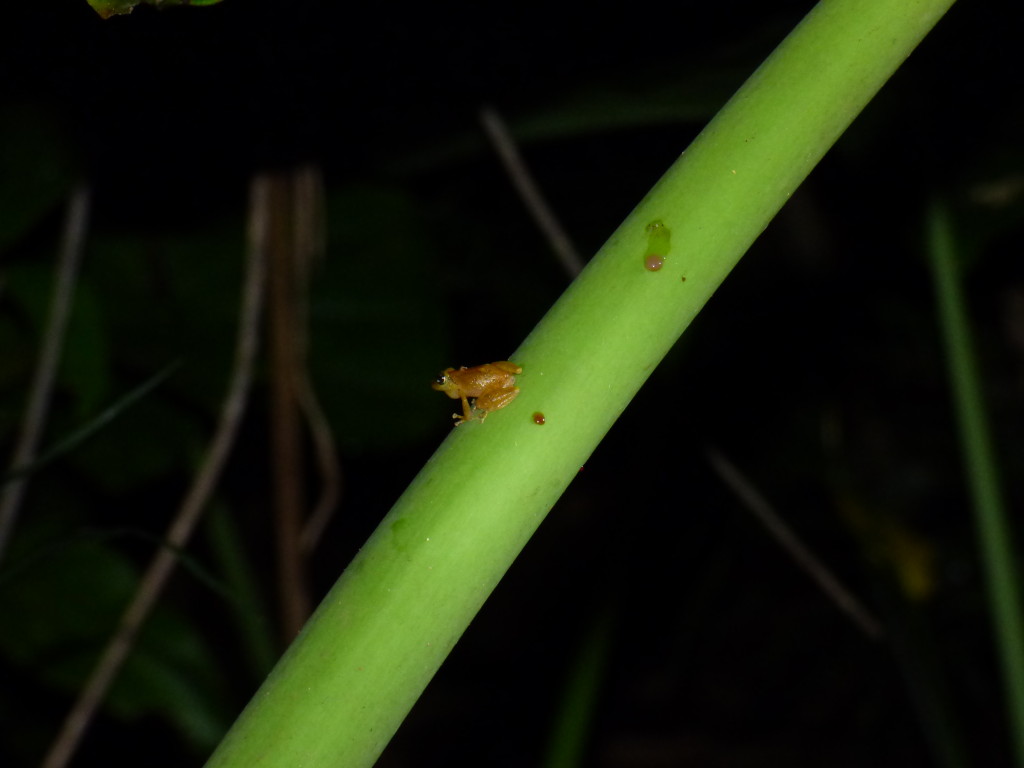 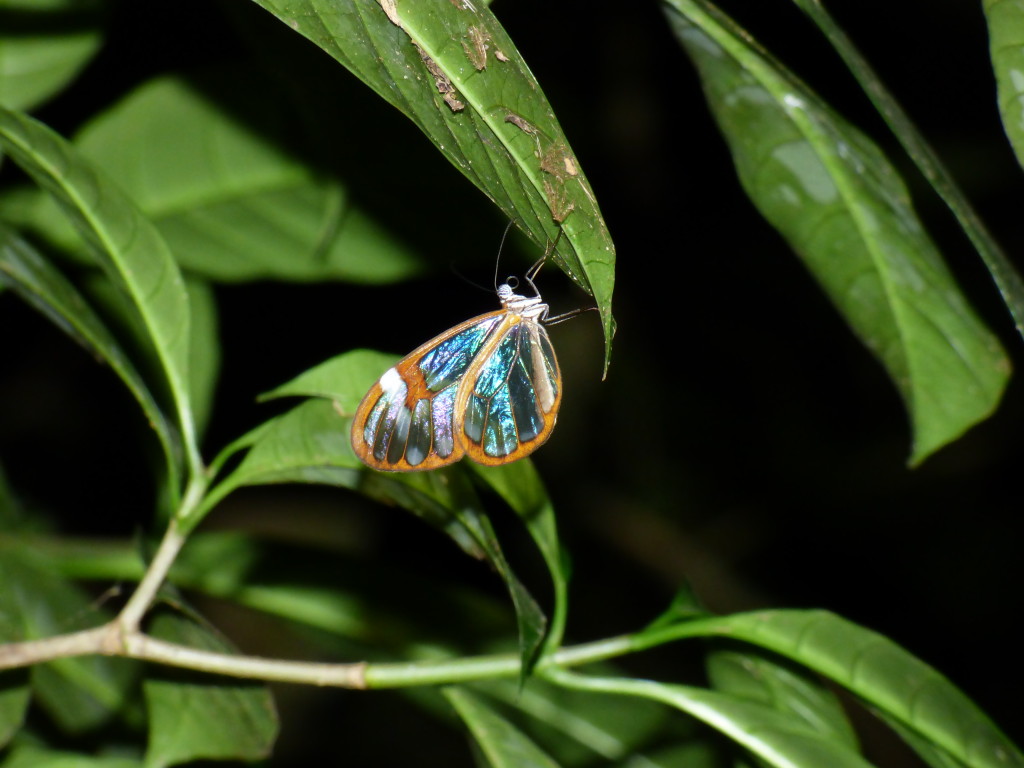 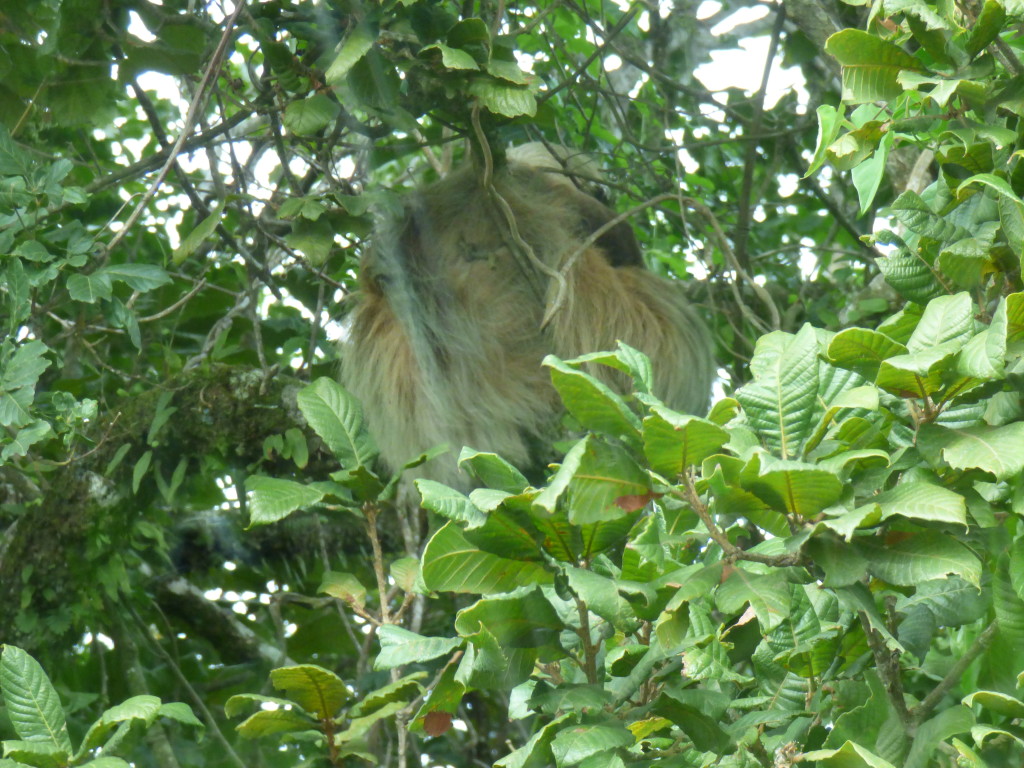 Monteverde was a great place to visit in Costa Rica with the only downside being the roads to get to and from. It was large enough to offer a myriad of tour options but beautiful enough not to actually need any formal tours. Its more forest than rainforest, cloud forest actually, well worth a visit if you’re considering visiting this beautiful country. On our way in, it was clear they are working on paving the main road into town which should help make it more comfortable but will probably have a negative effect on the sleepiness of the region.