From Monteverde we took a mini bus to Lake Arenal and crossed the lake to get to Arenal Volcano. We never saw more than the base of the volcano due to clouds but it was an amazing and active part of our trip. We went on a night float down a river to look for wildlife, went rappelling down waterfalls, whitewater rafting, and went on a cave hike which also had a waterfall we hiked behind. We didn’t have a way to take pictures in the cave but we got plenty of pictures of everything else, including video of the rappel. 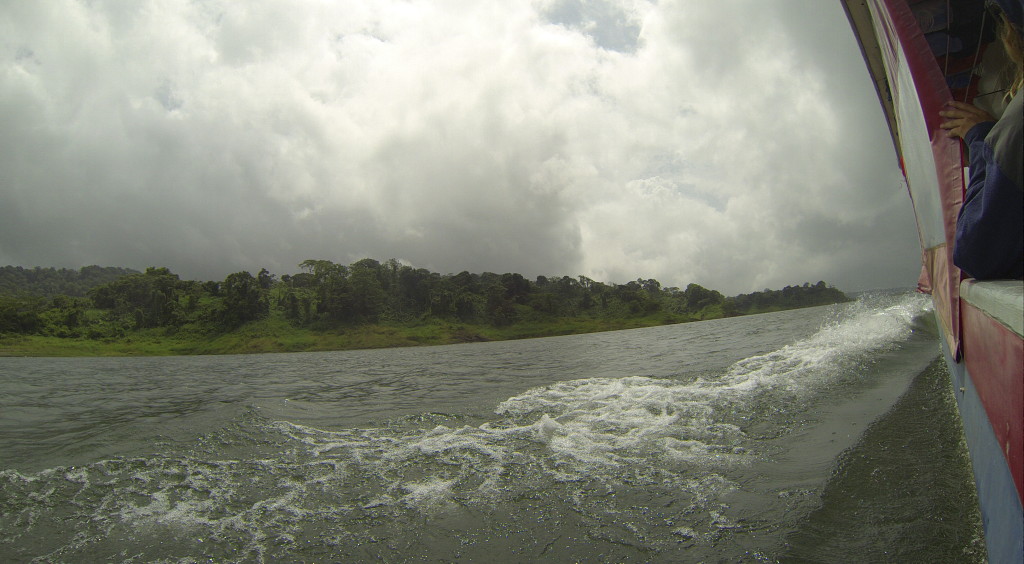 It’s called a night float but its really an evening float when some of the animals are more active. It was fun to just float down the lazy river looking for wildlife. A few hours after the night float, the river is flooded from a dam for hydroelectric power. It was fascinating learning how they use the river at different times for different purposes. Costa Rica is trying to become the first country to be carbon neutral and hydro-electric power is a big part of it. 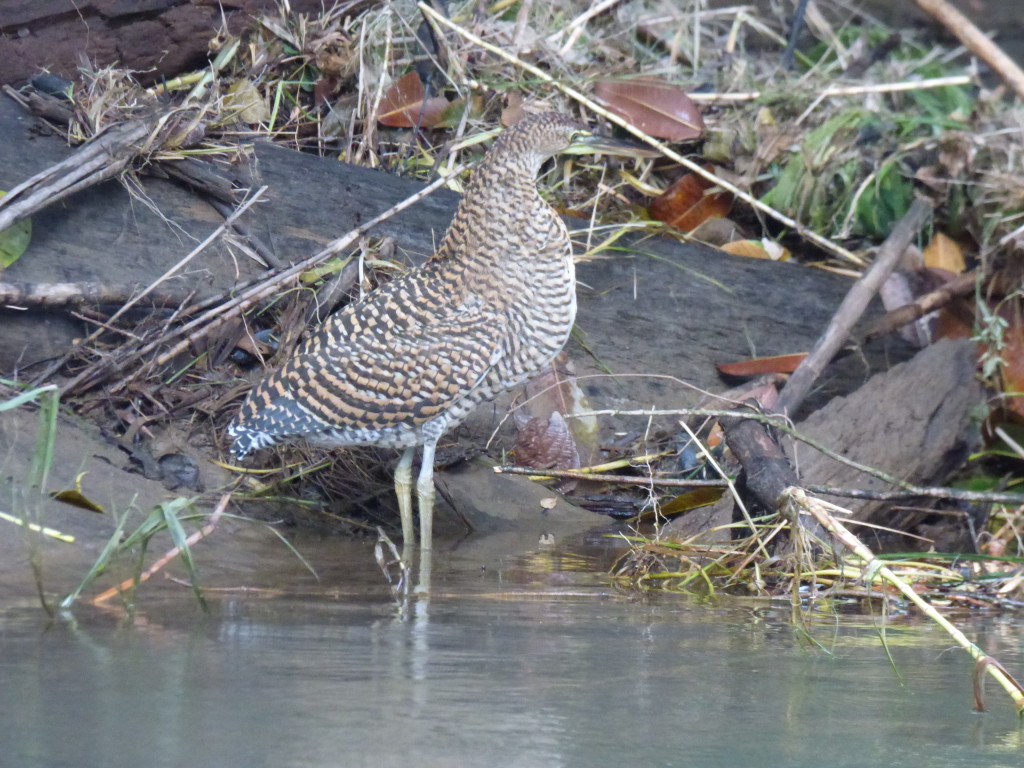 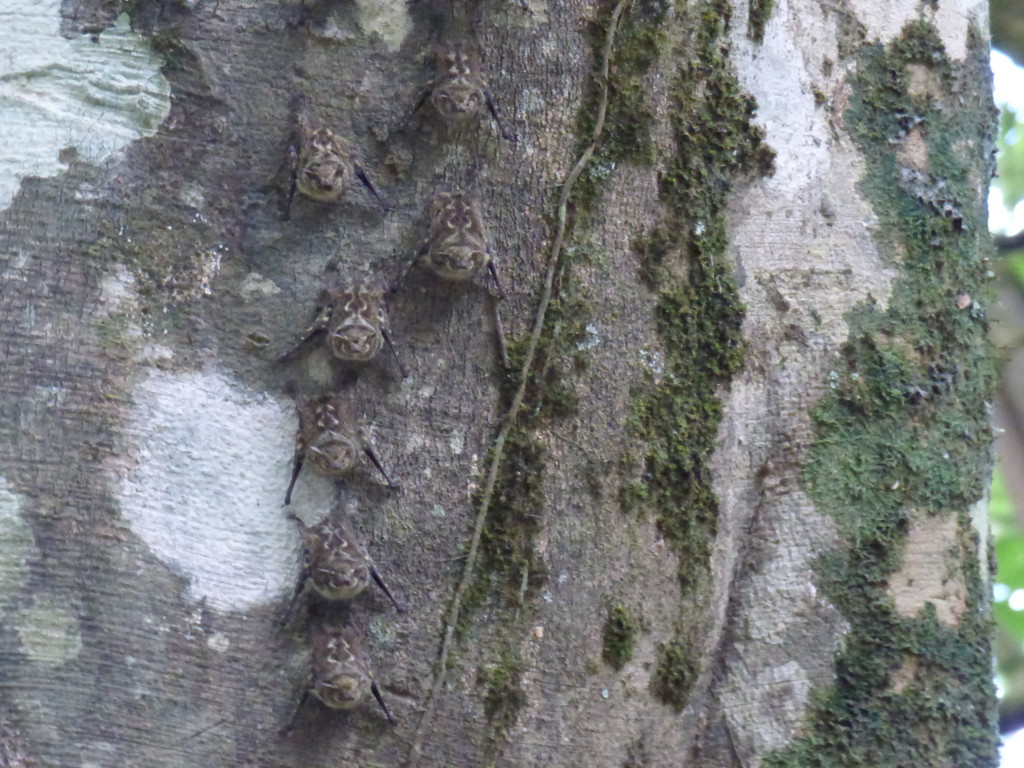 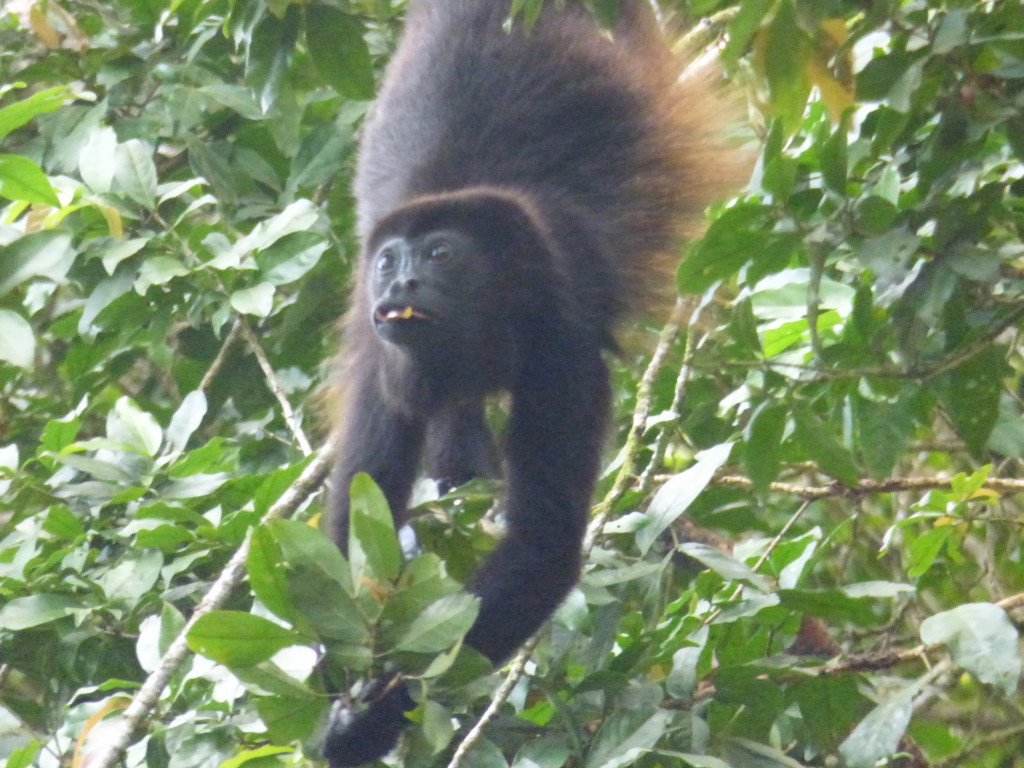 The next day we went on the cave hike in the morning and had perfect timing to catch the Costa Rica versus Greece match in the World Cup. We watched at a local open air bar and got to know a few locals. Costa Rica beat Greece to advance to the elimination round for the first time ever. It was the biggest win in their history. At that moment, the whole bar jumped up together and everyone was jumping and hugging each other. Of all the exciting tours and adventures we had, watching Costa Rica win while we were there was the highlight of the trip. In the little town of La Fortuna, the locals drove around the town square for three hours, honking and celebrating.

Our last day in Arenal day was our 25th Wedding Anniversary, so how did we celebrate? We went rappelling down waterfalls and white water rafting! It was a great day and we came back to the hotel exhausted but they had left us a surprise, some wine and a nice note. 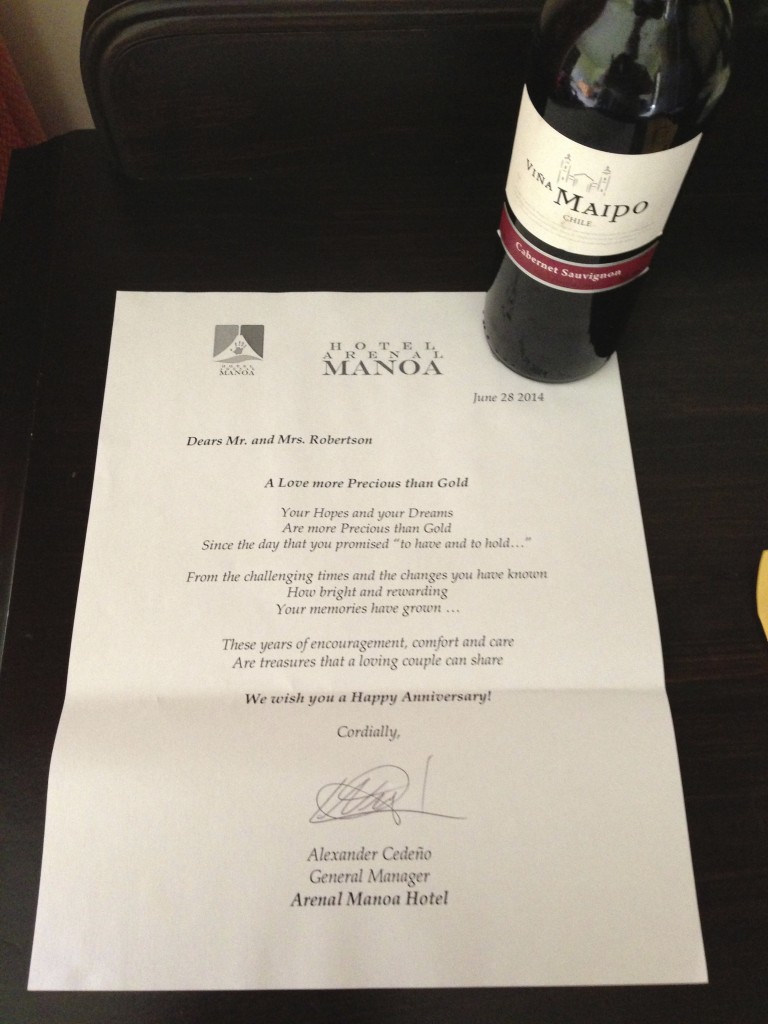 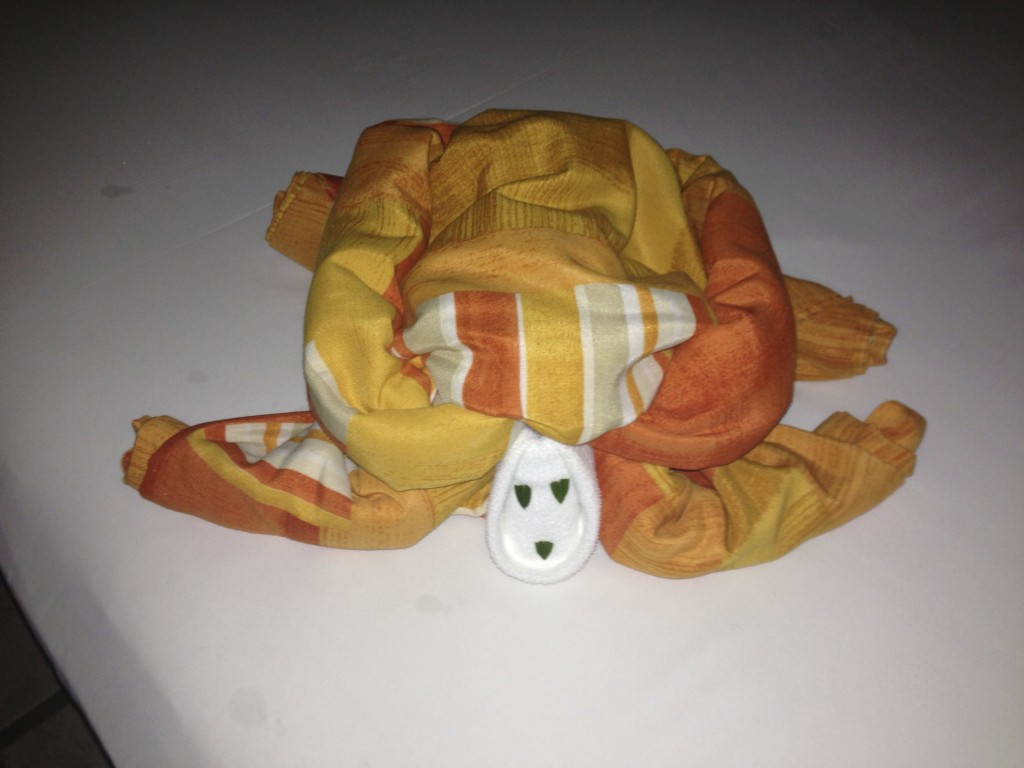 Rappelling down waterfalls was amazing. We were a little rushed since we had to catch a ride to the white water rafting for the afternoon but it was something I never thought Inger would do. She never really hesitated and keeps pushing past her fears. Below is a compilation video of our rappels. Its about 2:22 long but worth watching. We were grouped with about 50 high school kids but they kept us in the front due to our schedule.

White water rafting was fun as well. The videos are insanely long and don’t really capture it well, here are a few stills from the second half of our Adventure Anniversary. 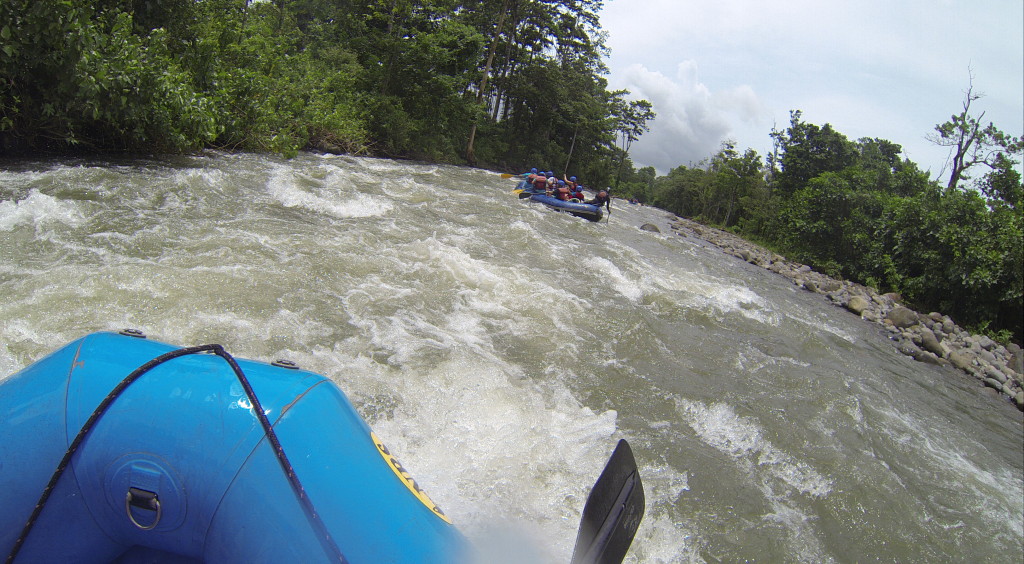 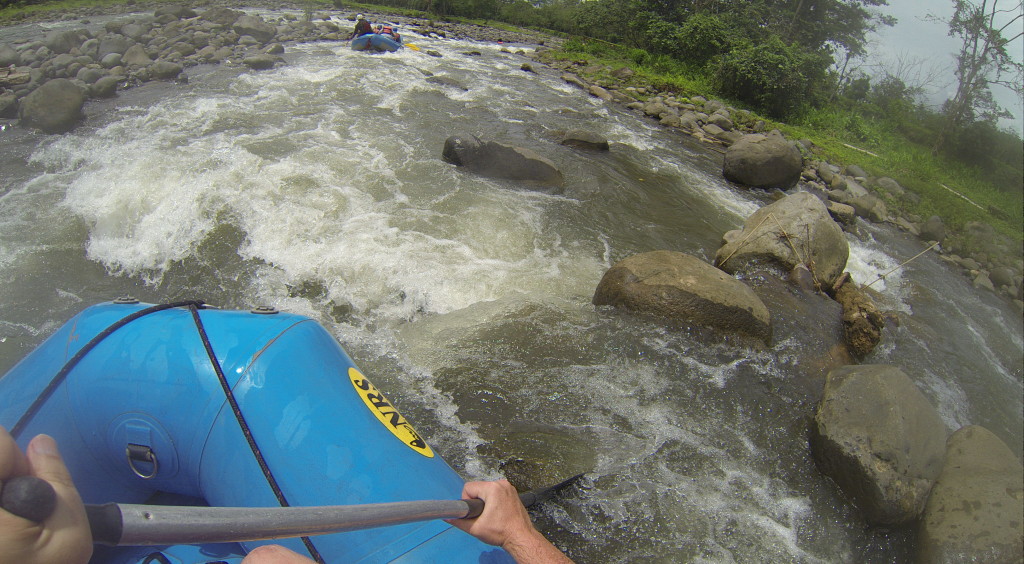 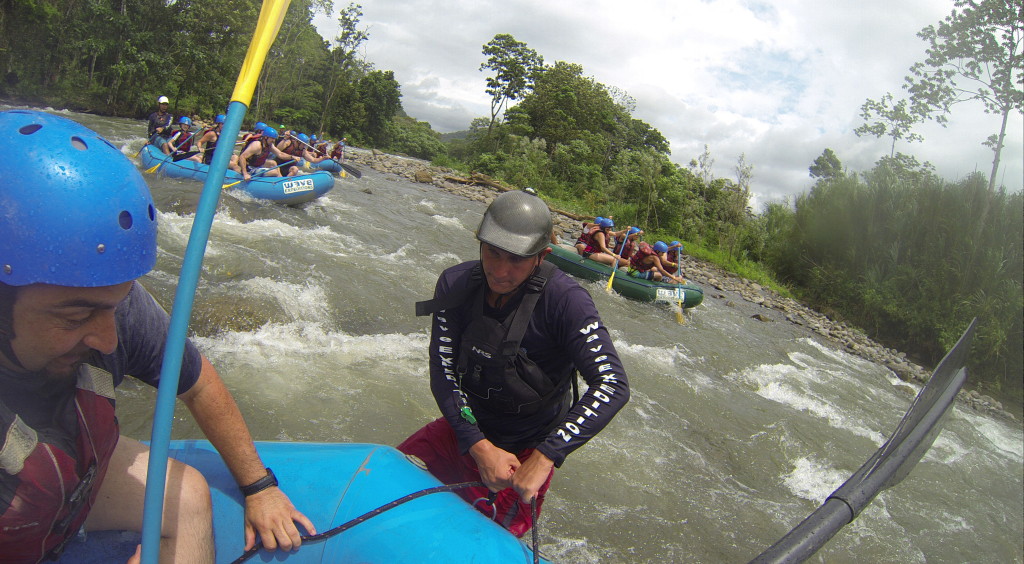 we got stuck on a rock 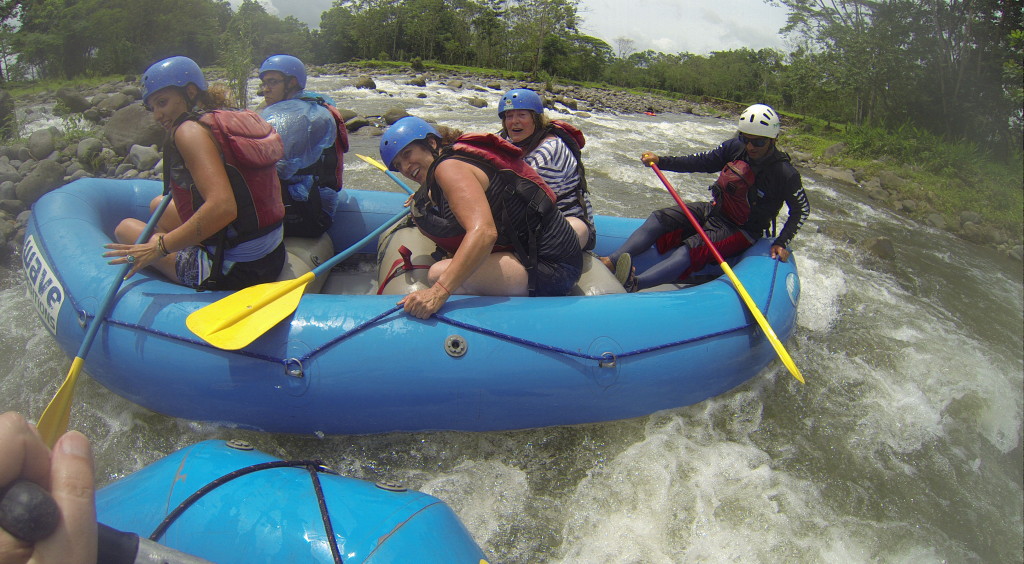 get out of the way! 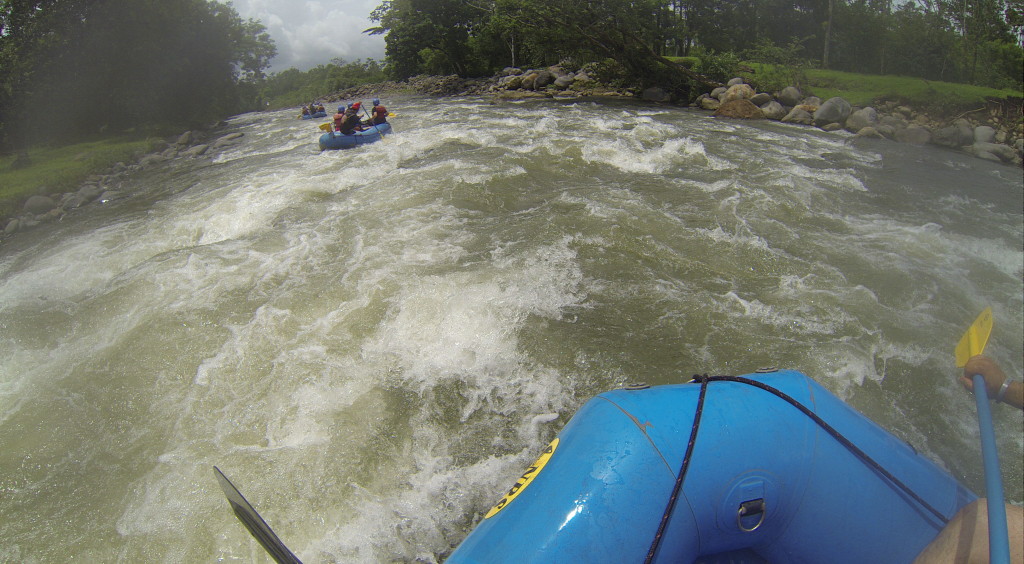 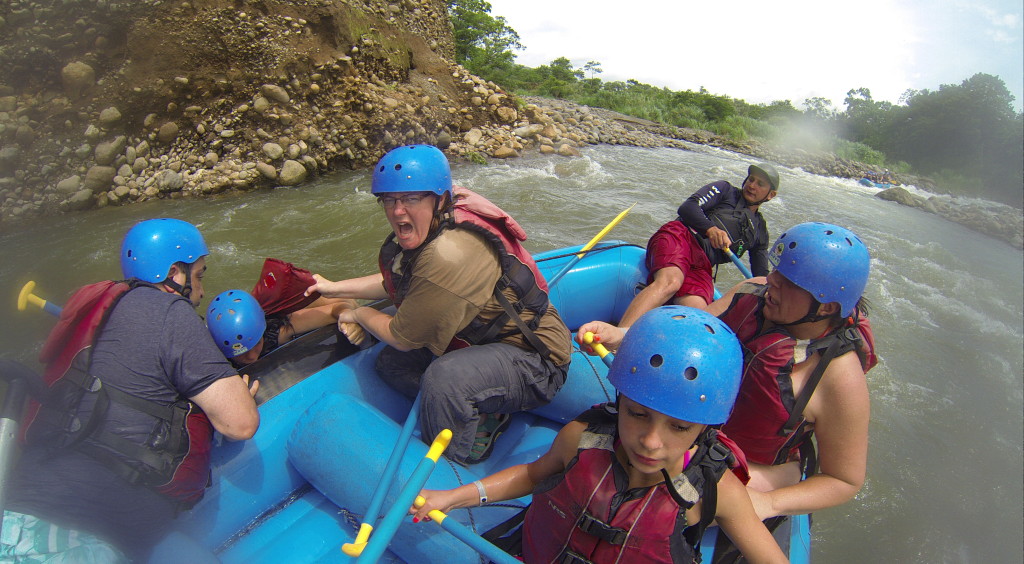 rescuing one of our raft mates who’d fallen over 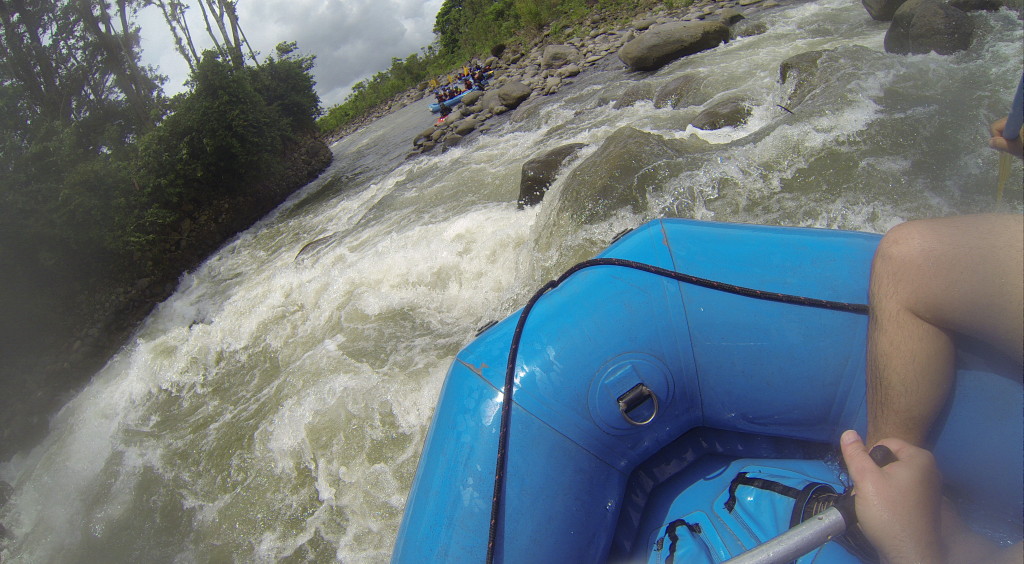 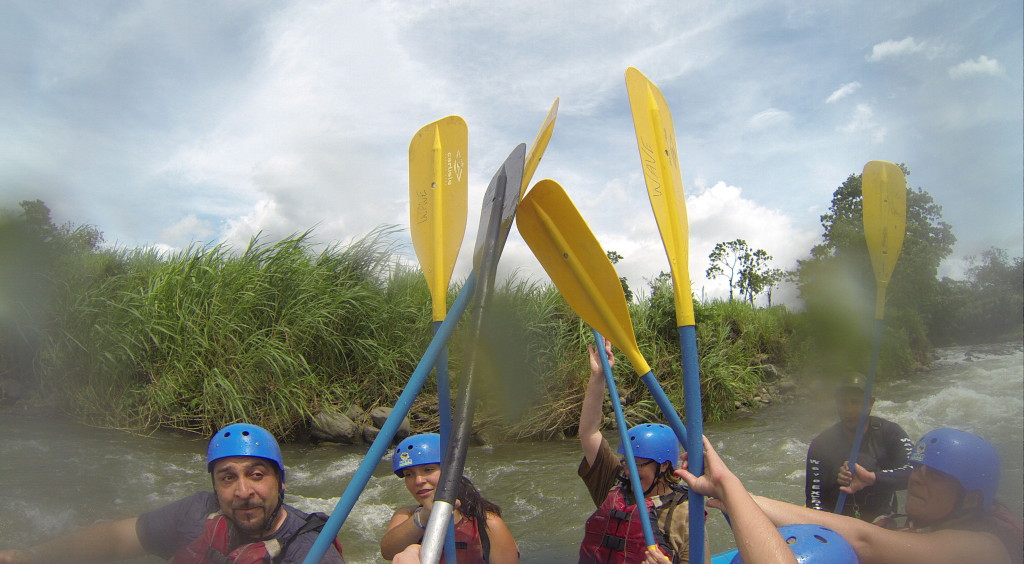